Back in the 80s there was a comic published in Belfast called Ximoc. Among strips by the likes of Will Simpson, Davy Francis, Ray McEvoy and Ivor Lavery, it included a science fiction adventure strip called "The Scavenger", by writer Bob Curran and artist Desi Hughes. 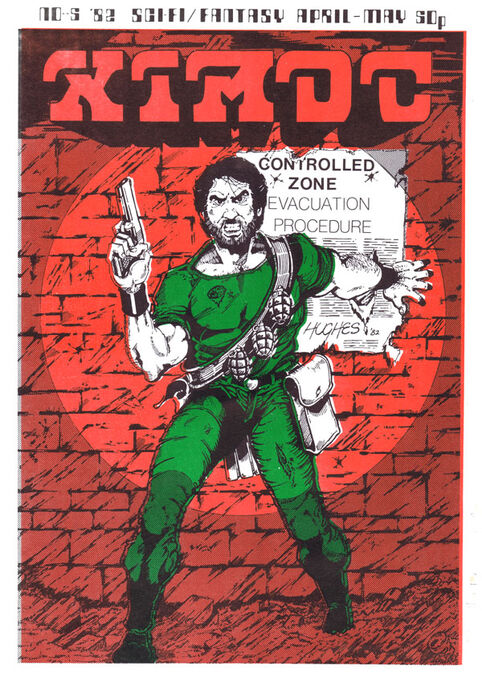 Haven't been able to track down Desi, but Bob got himself a doctorate and has written a slew of books on werewolves, fairies and other folkloric subjects, and worked in community relations and on cross-border initiatives at Stormont. And he's getting back in the comics game. He's set up Bog Standard Comix and is working on three forthcoming series with artists Adrian Lutton and David Dale (who worked together on a promo comic for the W5 Discovery Centre a couple of years ago). Bob and Adrian have put up a seven page preview of their alternate-history sci-fi series Space 1949 (pages 1-3, pages 4-8), which looks marvellous. 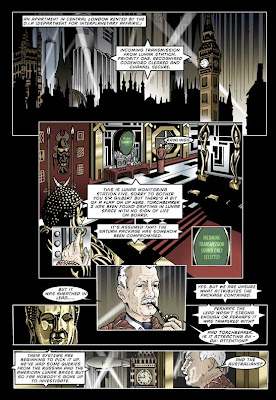 The other two titles in the pipeline are time travel adventurer Doc Lazarus, by Bob and Adrian, and 17th century witch-hunter Joachim Darke, by Bob and David.

Don't forget, tomorrow (Thursday 7 April) is the Belfast Comics Creators Pub Meet (Facebook link) at the Cloth Ear on Waring Street. We'll be there from about 9pm.
Posted by Paddy Brown at 12:42