Andy Luke alerts me to a new webcomic - Better Angels, by Belfast writer Tony McVeigh and American artist Jordan Kroeger. Early days, but it seems to be a superhero comic based in Christian mythology, with the main character, Faith, having her angelic powers awakened by an encounter with another angel, and finding she's being pursued by the sinister Seraphim. She's also got a very bad temper. It updates in monthly three-page episodes. The website design, with its huge and hideous navigation buttons, is pretty dreadful, but that's just cosmetic. The comic itself looks promising. Artist Jordan Kroeger seems to be a fan of Bryan Talbot, and while he's not in Bryan's league, that's not a bad influence to have. 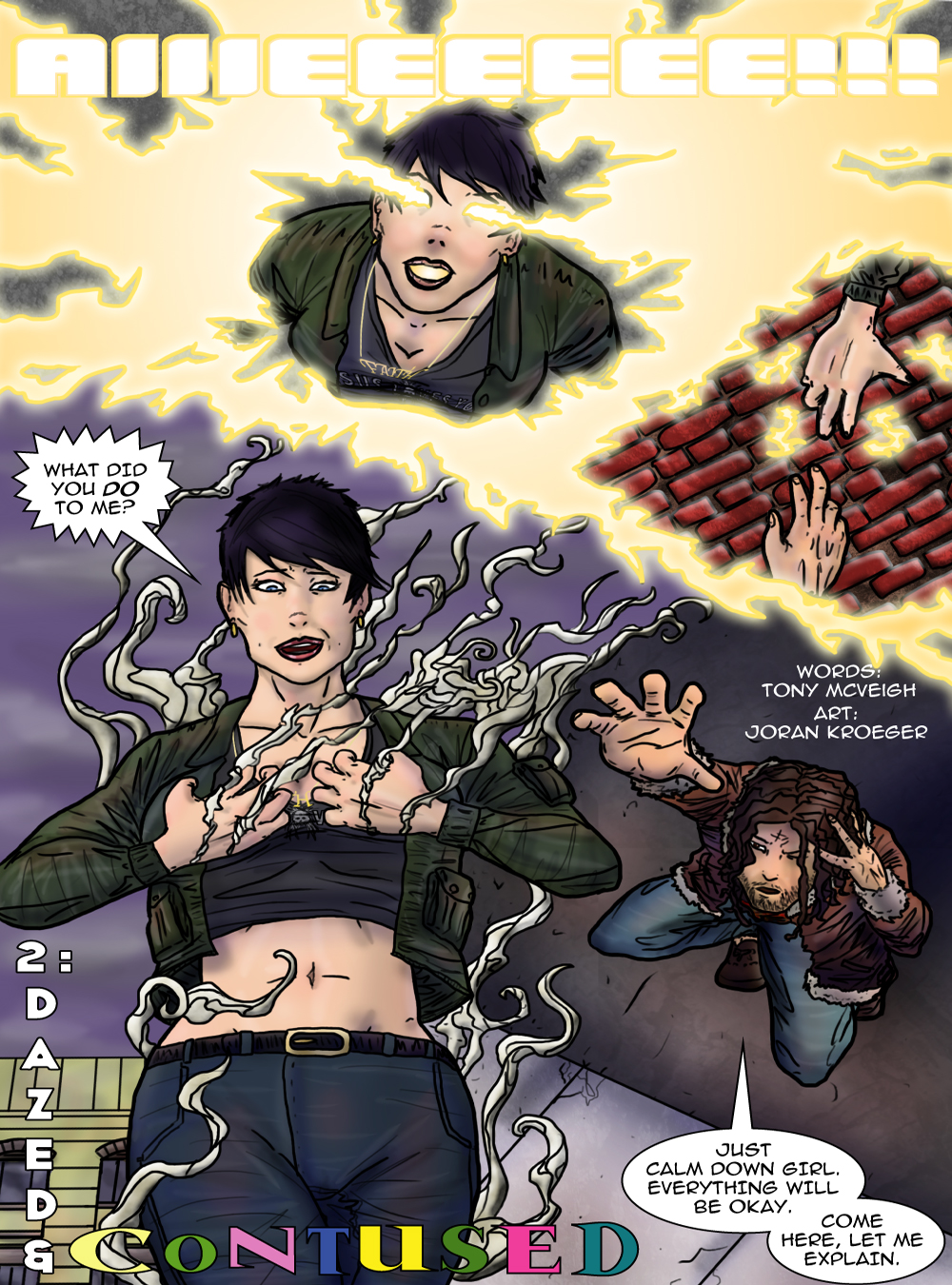 Tony also has a blog, You Are Comics, where he reviews a lot of Marvel and DC comics.
Posted by Paddy Brown at 12:57

Email ThisBlogThis!Share to TwitterShare to FacebookShare to Pinterest
Labels: webcomics