John Kindness: a Big Fish who started in our small pond 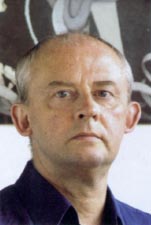 These days John Kindness is an internationally renowned artist, working in all kinds of media. He paints on car parts, remakes classic works of art as cereal boxes, paints modern cityscapes in the style of ancient Greek vases, and, of course, makes public sculptures out of mosaics of found objects. He's best known in his home town for the Big Fish on the Waterfront, a symbol of the city which this blog has appropriated as its logo.

But back in the 70s, he drew small press comics in Belfast, and those of us who do the same today can regard him as our founder.

In about 1976 he self-published The Hand: A Tale of Old Belfast, a 12-page story of a young lad from north Belfast whose short life causing minor trouble on street corners was cut short in a drive-by shooting: 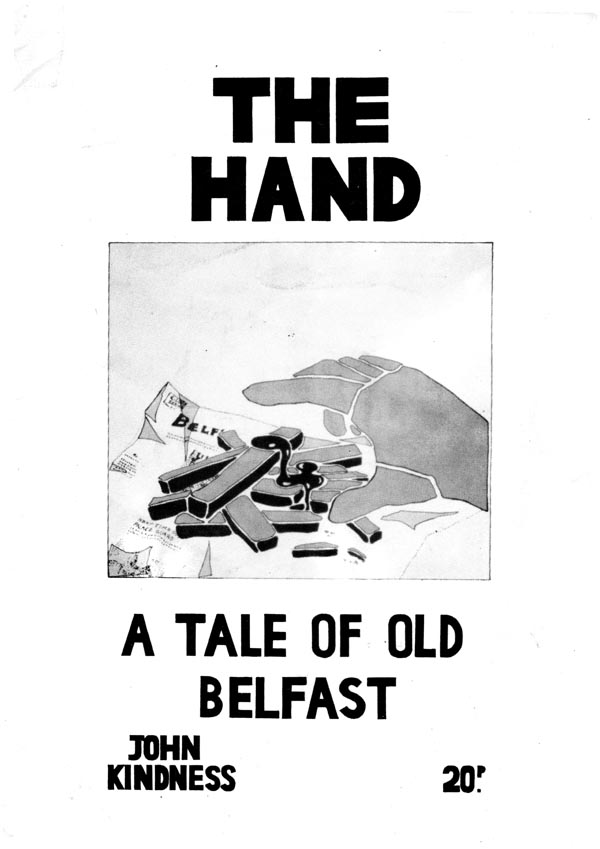 The following year, he was one of the artists involved in the Belfast People's Comic, a local anthology that also featured work by Ian Knox, Cormac and a very young Davy Francis. Here's a complete 2-page strip from the first issue: 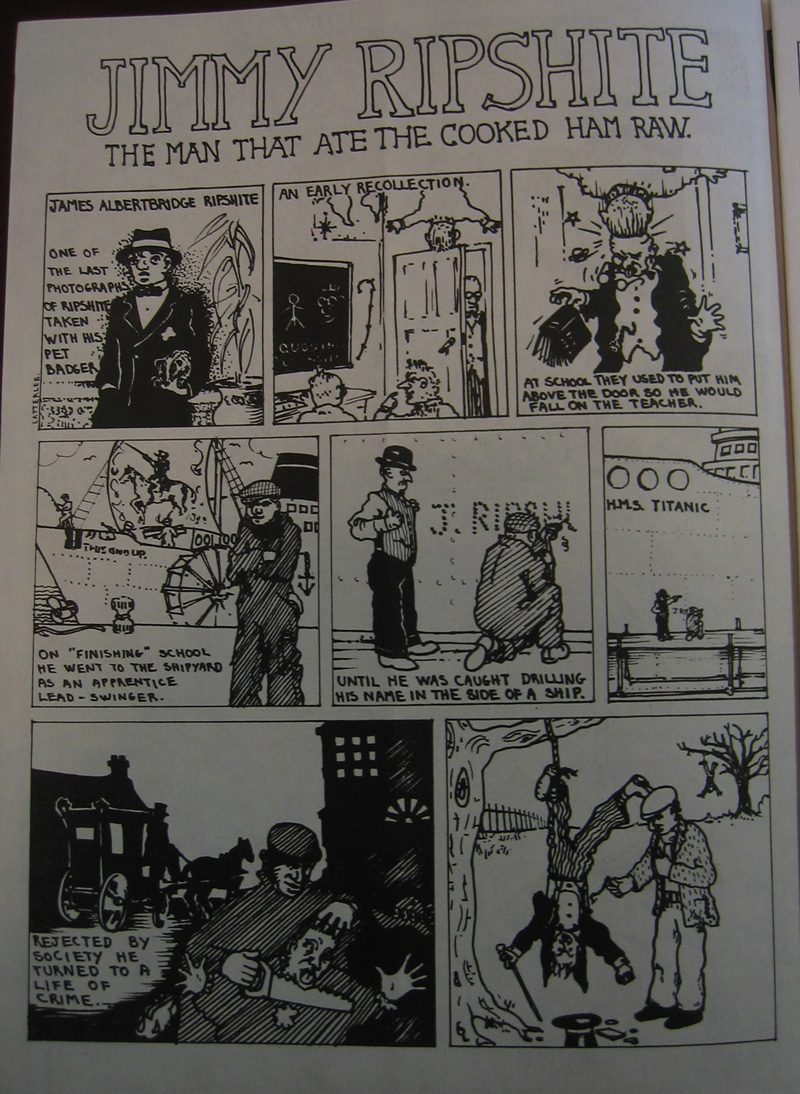 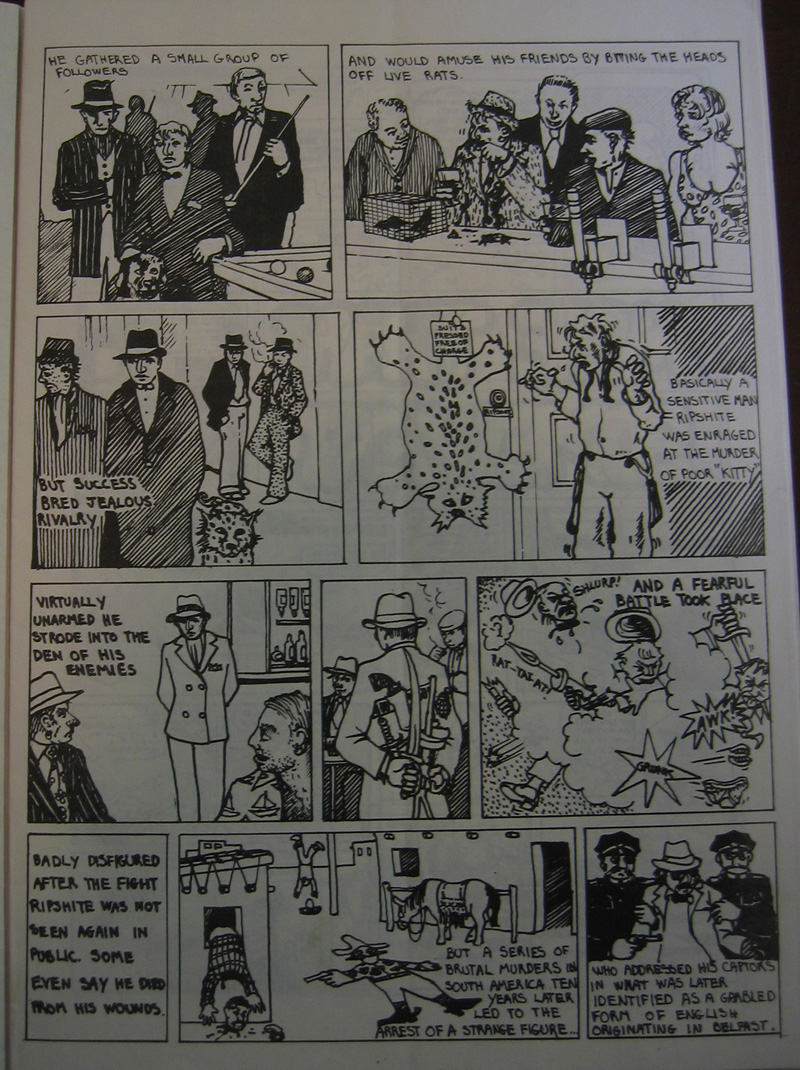 The Shankill Bulletin, a local community paper in the Shankill area, was launched in 1978, and the early issues featured another Kindness creation, "Screw the Bap and Head the Ball", a full page comic strip about a pair of ne'er-do-wells who got into all kinds of satirical scrapes. After a couple of years he handed it over to Davy Francis, but here's one he did in the second issue: 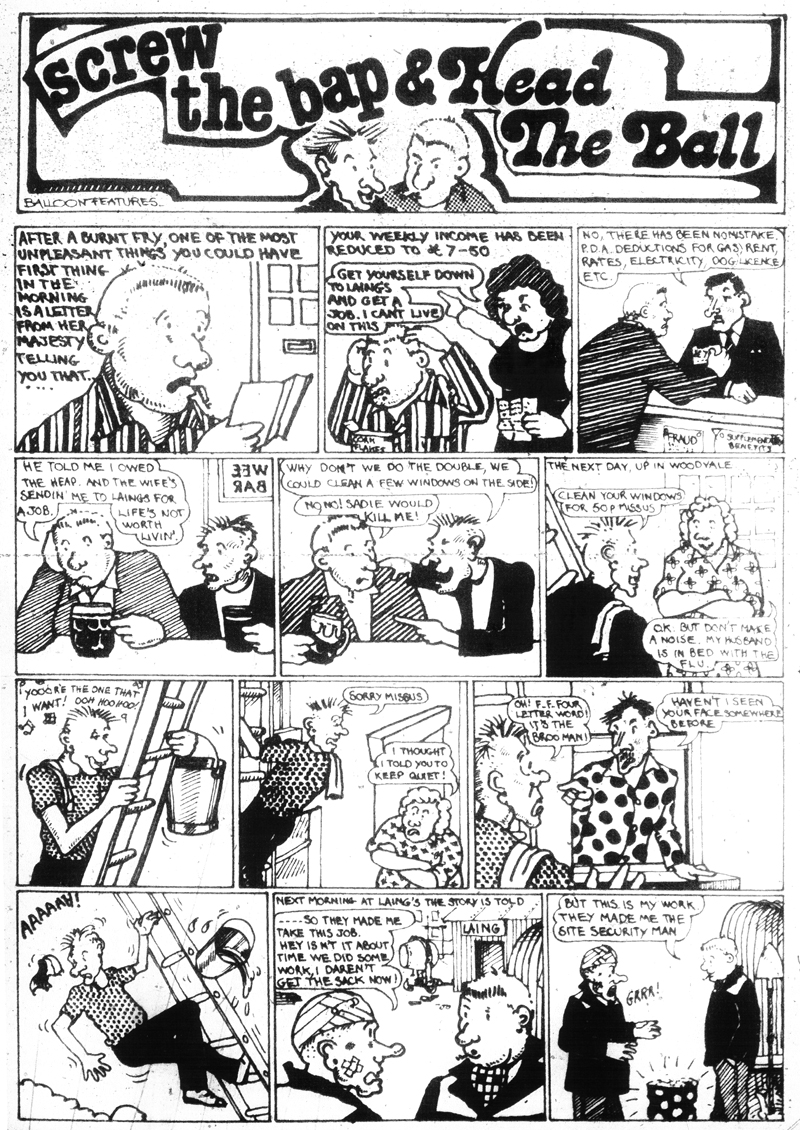 John became a full-time artist in 1986, and left comics behind. Or did he? In 1994 he was invited to propose an artwork to be included in Heathrow Airport's new Belfast Lounge, and devised Belfast Frescoes, an autobiographical tale of his childhood in Belfast in the 1950s, told in a sequence of 20 lime frescoes on slate. Heathrow didn't commission it in the end, but the originals are now in the Ulster Museum, and the whole sequence was published as a book in 1995. 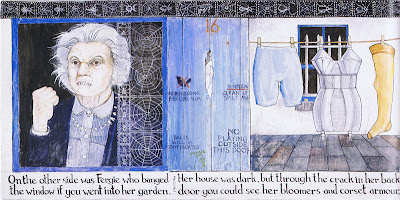 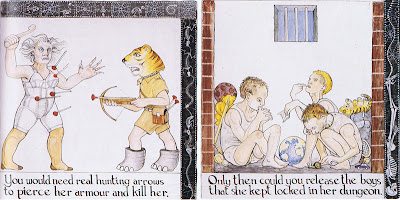